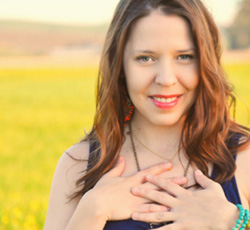 Ask yourself, “What is no one else saying?”

Some of most popular blog posts I’ve ever written have been those that answered this question.

For example: Perhaps I would notice that I had seen a lot of blog posts about being courageous enough to take the risk of letting go of your job and striking out on your own as an entrepreneur. Perhaps I would notice that I’m actually liking the freedom that I get from working two nights a week (plus a monthlong Christmas break and an entire summer vacation) as an English professor. With that backup income, I’m freer than a lot of entrepreneurs who quit their jobs to attain “freedom” and now lose sleep over paying bills. My union-backed health insurance package is pretty sweet, too. Yet there are any number of articles out there that say that backup plans are for suckers.

So, I write a piece called: “Honey, there’s no shame in having health insurance.”

Other times, answering this question has not necessarily brought about my most popular posts, but it has spurred me to think differently about a commonly addressed issue, and given me something to write about.

For example: Perhaps I would notice that I had seen a lot of blog posts about so-called “energy vampires.” As I read one after the other, I would think,

“This concept of ‘energy vampires’ is B.S. Everyone’s talking about how to avoid so-called ‘energy vampires.’ No one is talking about taking responsibility for yourself–about how vampires can’t drink blood if there is no open vein. The answer seems to be ‘Get away from the energy vampires,’ when I think that’s a cop-out and the real answer is, ‘Quit blaming other people for how you feel when you’re around them, and do something pro-active like speak up for yourself when you feel something’s not right. That’s true power.’ ”

So, I’d write a post about how energy vampires are B.S.

There are certain topics that are going to be so utterly over-done in our industry, and it’s good for you to cover them with your own unique spin.

Then it’s good to ask what no one else is saying.

A Word of Caution

Sometimes I’ve seen someone take the “what is no one else saying?” approach and then “respond to” a blog post in a way that’s…well, combative.

I once wrote a series of posts about boundaries and they seemed to resonate with a lot of people on one concentrated day. Then someone wrote a response blog post that dismantled what I was saying, made statements that took what I wrote out of context, made assumptions about what I was saying that I actually wouldn’t have agreed with, and generally carried on a pretty condescending tone. I mean…blecch. Why do that?

Sure, people can disagree. I’m not suggesting that everyone has to play nicey-nice on the internet.

It’s all about tone.

Is the tone, “Good god, I’ve been reading all of these stupid posts on the internet about such-and-such, and I’m just sick of it” with a lot of condescending commentary? (Because that was the tone of this particular blogger).

Or, is the tone, “I’ve read a lot of these post on the internet about Topic X, all interesting to think about. I notice that this one piece isn’t being addressed. Here are my thoughts to add to the conversation.”

With the former, I look at that blogger and think, “Yikes. Remind me never to work with you.” (For what it’s worth, they clearly weren’t trying to establish a relationship).

With the latter, I think, “Someone else is engaged in the conversation, even adding to it. Let me tweet that.”

Transparency: my trigger finger gets condescending any time someone in business tries to paint running a business as easy, making six figures as easy, and you and me as hapless if we aren’t having as easy a time as they are–but we could be having an easy time, if we’d just give them some money and follow their plan…

I suppose, then, that when someone gets this way, they’re triggered by what someone else has said. Compassion is in order.

Just notice for yourself what energy you’re carrying when you’re writing. Is it the energy of “I’m right; you’re wrong”? By presenting a differing opinion, what are you hoping to accomplish?

Kate Swoboda is a Life Coach, speaker and writer who helps clients to lead unconventional and revolutionary lives through practicing courage. She’s the author of The Courageous Living Guide, and creator of the Courageous Play and Create Stillness retreats–as well as The Coaching Blueprint , a resource just for Life and Health Coaches. When she’s not writing, coaching, or leading retreats in Italy and San Francisco, she can be found sipping chai in libraries, buffing up on her Italian, training for her next road race, or getting all bendy-stretchy on the yoga mat. You can find Kate at www.yourcourageouslife.com