The Roots and Lineage of Great Coaching

You have committed yourself to this path. You’ve invested money, time, energy and attention to developing a health coaching business.

I get it. You are a health geek. Admit it. You love food, herbs, supplements, Ayurveda and Chinese medicine.

But how much do you know really know about coaching?

We stand on the shoulders of all those who have gone before. Our lives, our prosperity, our knowledge is the direct result of generations of intelligence in our lineage.

You stand in a lineage.

Knowing your roots gives you a stronger core and branches.

Here are some highlights of the history and context of the lineage of coaching. 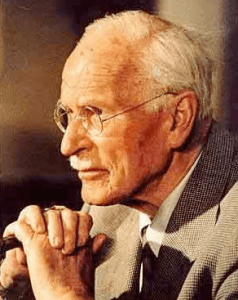 The field of coaching owes a great deal of debt to the work of Carl Gustav Jung.

Dr. Jung took the field of psychotherapy to the next level by developing the ground breaking work of his teacher, Dr. Sigmund Freud.

Jung took the steps to consider spirituality, psychology and world wisdom traditions in a whole theory. This transpersonal vision infused such concepts of archetypes, synchronicity and typologies.

We have personality-based systems like Meyers-Briggs Inventory because of Jung’s work.

Jung is the grandfather of coaching in the modern form.

You can’t mention the word coach without acknowledging Tony Robbins.

If you really study Robbin’s work, you’ll find some of the most potent and insightful material ever taught.

Tony’s genius is gathering the tools, wisdom and systems from the most successful people in their respective fields and then teaching them with his signature high energy intensity.

Unfortunately, Robbins became the butt of many jokes and the focus for attack.

However, if you have studied his work, you’ll recognize that he is the real deal.

But here is something you probably won’t read in your Facebook feed.

Tony Robbins has extraordinary energy and intensity. This is legendary. Oprah was blown away that Tony could teach 12 hours straight. One significant factor may be biological.

Robbins has a benign growth on his pituitary gland. Constant pressure produces 400% more human growth hormone than average. This may explain his ability to sleep 4 hours a night and teach 12 hour days. It certainly explains his larger than average hands, jaw and his 6’ 7” height. (Part of the effect of the extra human growth hormone is subtle symptoms of acromegaly.)

How many coaches do you know that have their own show demonstrating powerful interventions, live and raw.

Iyanla represents the unique lineages of Law, New Thought, and the Ifa tradition.

Most people don’t know that Iyanla had a career in law, graduating from New York Law School. But it was her study and practice of New Thought in the traditions of UNITY and Science of Mind that make up the core of her early work.

She taps into the deep wisdom of the Ifa tradition, the cultural intelligence of the Yoruba people of West Africa and weaves a tapestry of personal power.

Of course, I can’t do justice the incredibly complex history and context of modern coaching. But this brief synopsis will tie up the critical cords. Here are some of the ways “coaching” has developed through the ages.

The Future of Coaching

We can’t grow and thrive as coaches unless we honor and acknowledge our past.

Take time to learn more about coaching. Don’t rest on your best. If you aren’t growing, you are withering. There is no standing still.