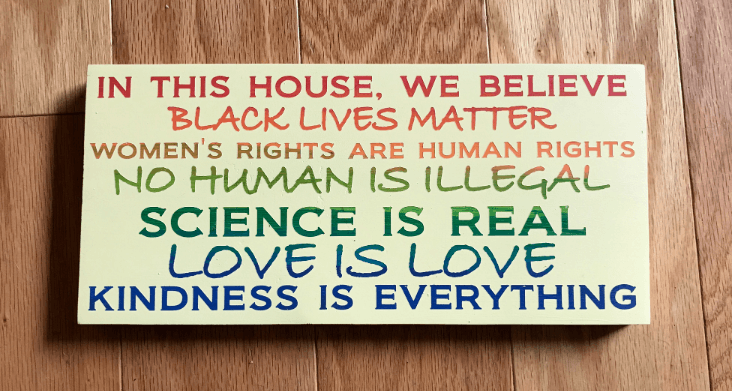 "May You Live in Interesting Times"

This quote is generally purported to be a Chinese curse.  I don't know how much truth there is to that, but we are sure living in interesting times now.

Classic Business advice has always been to avoid the more "controversial" topics for fear of alienating portions of your audience.  While I think there is some validity to that, it is mostly an outdated 20th century idea.

It feels like I've been back in "researcher" mode most of the year.  First, becoming an armchair epidemiologist in March and April as this whole Pandemic thing took hold.

The past 2 weeks it has been diving into more of the history of race in this country.  I was raised with a fairly realistic view, since both of my parents had "fled" the south in the 60's and settled in the Philadelphia suburbs.

If you had asked me 20 years ago, I would have told you that I don't have a racist bone in my body, however I've come to discover that is pretty naive thinking in a country that has it baked into the DNA of many of our laws and systems.

So now I am trying much harder to actually understand the reality of that history better, instead of largely just looking past or around it I guess.  We can't heal what we don't accept and look directly at.

I certainly don't claim to have any answers, but what we have been doing has obviously not been working so I'm hoping that some of the current discussions will lead to some actual change and forward momentum.  My plan is to make this part of my ongoing education and hopefully passing along some of what I learn.

Having said all that, it really feels like the entire world has shifted on it's axis and I'm not sure we are ever going back (or even if we should) to life as it was in 2019.

I asked Susan to share her thoughts on how we could best support each other in helping to "be the change" we wish to see in the world.  Please check out the video on the website in this week's article.

Sign Up Below to Join the Health Coach Huddle: