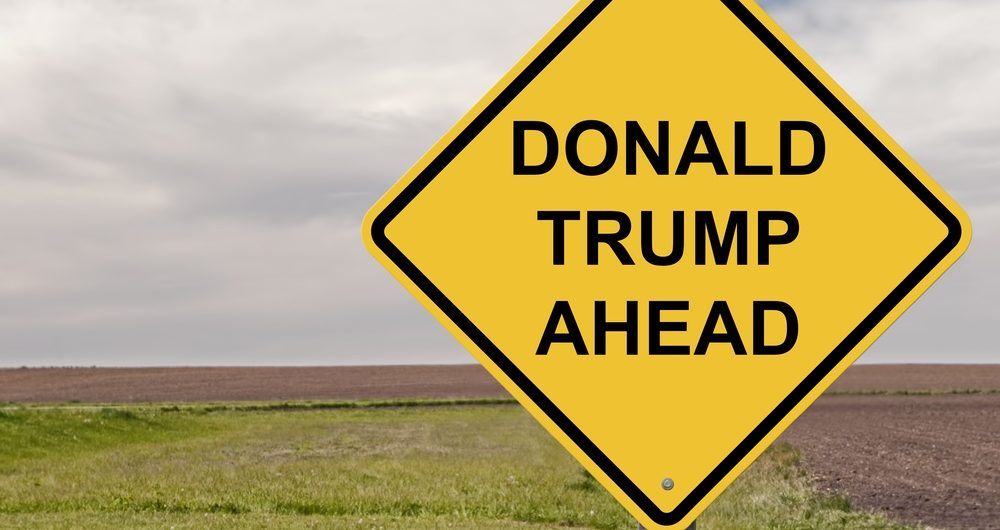 Why Donald Trump is not the real problem.

This week’s edition is a bit off of our normal topic line but I really felt the need to express myself in what I hope is a productive way.

If you were anything like me, you were kind of stunned by what happened this week.  (…and no, this isn’t really going to be a political post, don’t worry)

This is the first week in my life when I actually got what people mean when they talk about white privilege.  I consider myself a very progressive, liberal, social justice type of person but much of this has been an intellectual exercise for me throughout my life.

I am a middle-aged white guy who lives in a fairly well off metropolitan suburb of Philadelphia.  I have never been scared of really being discriminated against, my kids being the victim of a hate crime and probably never will.

I have also taken it for granted that for the most part, I have lived almost my entire life in one of the safest and most prosperous places in the world.  (Not that you would know this by watching the 24 hours news machine, but by all measurable data points it is just a fact)

I also have a very good friend who is gay, was put through “conversion therapy” when he was younger, among other things and is really scared and angry right now, along with many other friends who have been labeled as “other” and have very justifiable fears going on this week that I have really no comprehension of, even though I am doing my best to put myself in their shoes.

The stories I have heard this week have me very concerned that this could change and I am not naive enough to think that we are somehow exempt in this country from going through more dark times.

I was born in 1967 in the middle of a particularly rough patch in our nation’s history.  Of course, I don’t remember anything about the late 60’s but my Dad was a history teacher so I have learned lots about it.  There was a huge amount of anger in this country, from the Civil Rights movement to the Vietnam war and lots of turmoil.

What I have seen going on lately has me thinking about this, and I hope and pray we can grow and heal without going back into this type of divisiveness, but only time will tell.  I will do my part, which is really why I wanted to write this.

I have also helped many people deal with some major grief and trauma work over the past 10 years and I think that is something more people need to do, work on themselves.  You see, I don’t think that any of the anger from years past ever went anywhere, I think it just became socially unacceptable to express it so it went underground and behind closed doors.  Some of this is now coming out in what could potentially be very dangerous ways.

We all have a lot of light and darkness within us and if we don’t have a safe place to express things like anger and grief it has a way of leaking out in very unpredictable and ugly ways, which is what I think we are experiencing now.

Since the election on Tuesday I have seen a few different types of reactions.

1.  People going through the stages of grief and trying to express themselves the best they can, no matter how unskillfully this may be.

2.  People saying just get over it.  Trump won and you need to get over it and get on board.

3.  People going with the spiritual bypass method and saying everything will be fine and dandy, love and light to all.

My feeling is that we all need, as a nation, to give each other a little breathing room for a little bit.  Some people need to process some major emotions before anything productive can possibly happen.  I would point out that the art of civil discourse and disagreement in the age of social media could really use some work.

Calling all Trump supporters racists and bigots or stupid is not only not helpful, it is not true.  Sure, there are some in there that may be coming out of the woodwork but it is not half of the country. Calling all Hillary supporters libtards or idiots or whatever other pejorative comes to mind is equally as unhelpful.

I think we could all learn something from my Grandmother, who was born in the racist south but would not have been caught dead spewing some of the vile I have seen in Facebook comments even behind closed doors, let alone where anyone else could hear it.

Also, just posting hearts and flowers on Facebook and ignoring the pain and frustration that is out there is not helpful either.

People need a safe place to feel all of this and express themselves.

I think what we can do is try to give it to them.

Once you start having a conversation with the “other”, whether it is another political party, race or gender, you pretty quickly realize that we are all people and at the core have more in common than we do differences.

Everyone I talk to just wants the best life they can provide for themselves and their family and a chance to be happy.  Are most people unskillful at how they communicate this?  Yes, but we can try to understand where they are coming from anyway.

I want to be able to tell my kids that we are going to work through this and come out a better people for it and actually believe it, so I think we all have a lot of work to do, both on ourselves and the nation as a whole.

We need to get out of our comfortable bubbles and actually talk with “others” that we may not agree with instead of talking at people and telling them they are wrong for feeling what is obviously true for them in this moment.

For me, I have done enough work on myself to know that grief is a process…and I will work through it so as not to use my feelings as a weapon against others.  I hope enough others do the same to bring some sanity back because the world really needs it right now.  The world needs YOU to be fully present and engaged, not stuck in fear or anger or grief!

On a political note, I will try to follow Bernie Sanders lead:

To the degree that Mr. Trump is serious about pursuing policies that improve the lives of working families in this country, I and other progressives are prepared to work with him. To the degree that he pursues racist, sexist, xenophobic and anti-environment policies, we will vigorously oppose him.